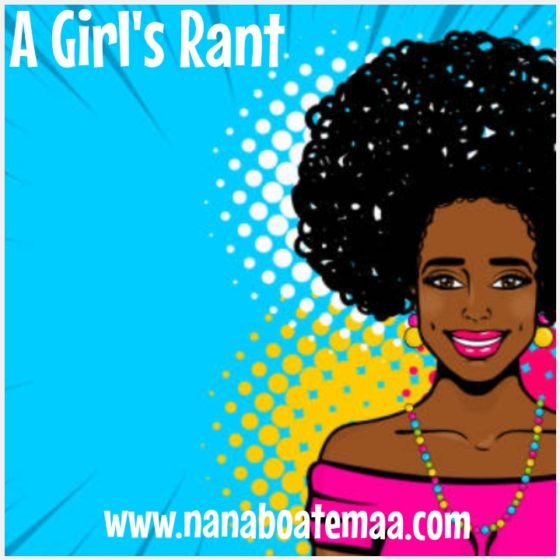 In case you missed the previous episode, you can catch up here.

The road trip was fun. The girls had chosen the Green View Villa, hidden in the heart of some mountains outside the city. It had been a nice change of scenery, and they had enjoyed a lovely picnic, a relaxing spa treatment, and good food.

“This is the life,” Betty sighed. “Maybe I should stay single after all.”

“What do you mean?” Naa and Ana responded at the same time.

“Oh, come on. At least I can go anywhere I want without having to worry about anyone back home.”

“But marriage isn’t bondage o,” Ana said. Naa nodded in agreement. “Well not in so many terms,” Ana continued, winking at Naa.

“Oh, that’s not what I’m saying at all. I mean I’ve heard some stories that make me never want to even go near the whole institution, but there are also good stories out there. It’s just, I think I want to enjoy my singlehood. Society has this way of putting age limits to stuff, and you know I’ve never really been one to conform to the rules,” Betty continued, shrugging.

“That, we can agree,” all the girls nodded.

“It’s true,” Kyerewa interjected. “I mean with my new job and everything, I barely have time to think of the romantic part of my life. I just want to build my career and I feel the rest will come later.”

“Manza with the wise words!” the other girls chorused.

“Speaking of which, do you have any poem or writeup for us today?” Naa asked. “It’s been a while.”

“I’m still working on something, but I’ll share it soon. For now, just manage with the everyone is different I just said,” Manza said, laughing.

“Yeah, we can ponder on that while we enjoy some good food!” Betty said, reaching out for the starters lavishly placed before them.

The girls dug in, momentarily forgetting what they were discussing…

Betty placed her keys on the bedside table. She was exhausted, but it had been a great week. She started a fashion business not too long ago, and though things had been slow initially, they were picking up. Betty had always loved to sew, and her friends always called her the most fashionable one in the group, constantly encouraging her to put her skills to good use. It might pay off after all.

She plopped on her bed, exhausted. Sometimes, her apartment felt very quiet and empty; other times, she enjoyed her own company.

“Most of the time actually,” she said aloud.

She smiled as she reflected on her day with the girls the previous weekend. Everyone had their fair share of challenges, and they were all different in their own special ways, bringing them even closer together. Sometimes they had people asking them how they could stay so close and united, especially when people often described most female friendships as full of drama.

“Not us,” the girls often replied when they got such questions. They were not a perfect bunch, but they were at least real with each other and accepted one another for who they were.

Betty’s ringing tone interrupted her line of thought. Who could be calling at this time?

“Mtcheewwww,” she hissed when she saw the name that flashed across the screen. She turned the phone over and left it to ring…

In her last year of law school, Manza got her a journal as a gift to encourage her. The law school journey had been tough, and sometimes Kyerewa wondered how she had made it. Initially, she didn’t know whether Manza’s journal would be useful. Still, the journal had become Kyerewa’s sounding board (aside from her friends turned sisters, of course). Whenever she felt overwhelmed at work, she took a few minutes to write down her feelings before her emotions would cause her to tear someone’s head off the way she had imagined in her mind several times.

“You don’t have to write 1000 pages,” Manza had said. “Even a few lines of honest thoughts will do you wonders, you’ll see.”

With time, Kyerewa made an entry at least 3 times a week. Her latest was about her job. She hadn’t been too happy for some time now. But with the job market being so crowded and competitive, she wasn’t ready to start looking elsewhere. The Central Legal Institute, the nation’s main law school, was churning out about 2,000 graduates yearly, and things were getting tougher as the years progressed.

Moreover, she was still fresh in the legal field and was grateful for the experience she was getting, so she felt guilty for even admitting her unhappiness where she was. But sometimes, she second-guessed herself. Was she in the right profession, or was there more ahead for her? She picked up her laptop.

“Let me finish up this report before Monday…you can do it,” she encouraged herself.

The month had been a double treat for Ana. After the fun road trip with her friends, she and Akwasi went on their own retreat. Ana smiled, remembering the good time they had. They liked to explore new places together and tried to do that at least twice every quarter or whenever they felt like it. Ana thought about how Akwasi wasn’t only her husband but her friend. She knew marriage wasn’t always rosy, but she had had some good years so far.

“Hopefully, it continues…” she said absent-mindedly as she stared at the pregnancy test kit lying in the drawer. She hadn’t seen her period for a while, and despite her anxiety, she had decided to get a pregnancy test without telling Akwasi for now. So many questions were swirling in her mind…was it too early? Was it just her cycle acting up? Was it all in her mind?

She reluctantly took the kit and did the test.

She held her breath as she checked the result…

-Have you ever had expectations that didn’t materialize at the time you wanted? How did you handle it?

-What is that one thing you’ve been meaning to start but keep putting off? Maybe it’s time to start, just as Betty started her fashion business.

If you enjoyed this read, don’t keep it to yourself ;)…please help me share it with others. Thank youuu