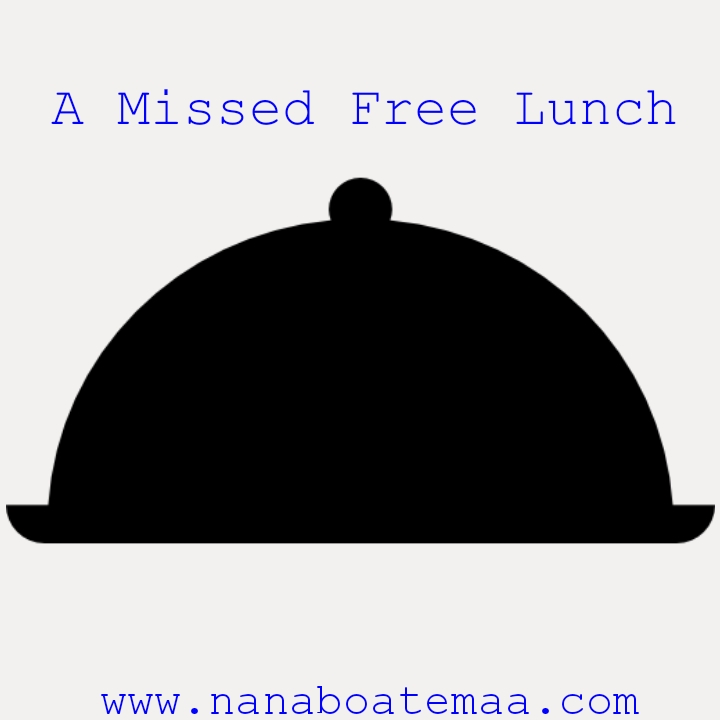 I walked into a shop, hoping to order a meal quickly and head back out. Whilst standing there, an acquaintance walked in and said hi. Upon hearing my order, he asked “Is that for you?” There was a notion that only a certain kind of people bought from that shop and for some strange reason, I didn’t want to come across as one of those people. So without thinking, I said “No, someone sent me.”

Again, without thinking, I quickly exclaimed “No, it’s for me!” in an attempt to retract my earlier statement.

Trying to suppress his laughter, my acquaintance said “it’s too late. Besides, I know you don’t lie, so I choose to believe what you said at first.”

Beating myself up in my mind, I tried to explain why I said that in the first place, but refusing to let me get off the hook so easily, he said, “Well, that’s a lesson well learnt so that next time…”

Well, I may not have gotten the free lunch, but I did get some free lessons…

More than once in a number of my posts, I have talked about how worrying about what people will say caused me to miss out on some potential blessings in my life. That truth still stands today. Sometimes in trying to avoid being seen in a certain light, we try to sit on our happiness and even in the worst cases, try to be people we are not. In the long run, the people we are trying to prevent from “talking”, may not even really care about us or our situations, and are most probably chasing their own happiness. There’s something you most likely want to do, but are worried what people will say. Like a friend of mine always says, “People will always talk…you cannot explain yourself to everybody; simply let your character speak for itself.”

In trying to avoid any “long talks”, I lied. And my acquaintance was obviously surprised that I did. Most probably if I had taken a few seconds to think through before speaking, I could have handled the situation in a much better way, without even having to make up something in the process.

This situation reminded me of countless times when people pretended to be something they were not, just so that they could fit in. in doing that, they missed out on a business opportunity, promotion at work etc. There is beauty in being ourselves. Chances are there will always be someone who will like you, for who you are, not who you pretend to be.

So many times, being afraid to simply ask has caused me to miss out on so much. I sometimes feel my demands are too big, even in prayer. What we need to understand however is that God will always send us the right people at the right time, and more importantly no request of ours could ever be too big for God. He is never limited by our needs (and wants). So don’t be afraid to ask. That “ridiculous” request could be the stepping stone to the next stage of your life. You never know!

Oh and a bonus lesson…

One lie will always lead to the next (and the next…)

As smart as I thought I was being, I did not end my reply at “No”…I went further to say “Someone sent me

Imagine if he had asked me who had sent me (and if he were annoyingly inquisitive gone further to ask me other questions). I would have had to build my answers on that lie. Sometimes (okay, most of the time), telling lies may seem like the best way out but could rather tangle us up. I remember a few years ago, I met an irritatingly persistent guy. He wanted to know my name so badly that he refused to take no for an answer. Desperate to get him to stop pestering me, I mentioned an entirely different name, and he left me alone.

Relieved, I forgot about him entirely until one day I met someone who started shouting a different name than mine. Confused I kept walking…it definitely could not be me he was referring to. Frustrated by my seemingly snobbish attitude, he walked up to me and said “Ah, are you not so and so?”  Suddenly, recognition dawned on me…this was the poor guy I had lied to some time back. Embarrassed and amused at the same time, I could only muster an “Ooooh, sorry…” and rushed off, not knowing what to say.

This may have been a hilarious instance, but we never know when things could actually be serious. The truth may hurt, but is actually the better alternative in the long run.

Have you had any similar experience to mine? Don’t hesitate to share.

In the meantime, happy birthday to a special friend of mine. Thanks for being there and above all, thanks for making me a better person and for believing in me. May your day be as amazing as you are!