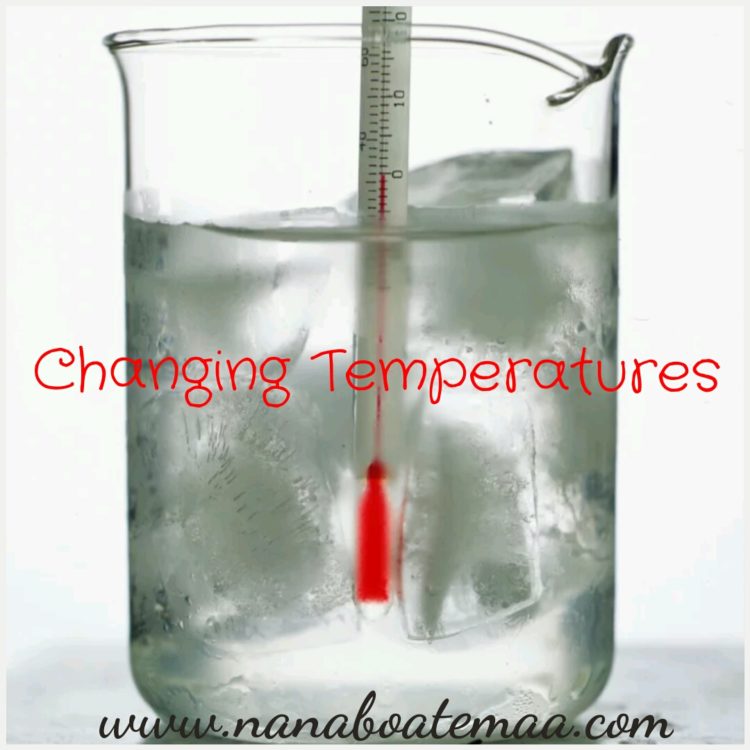 I needed to defrost some heavily frozen food immediately but hadn’t had the foresight to take it out of the freezer beforehand. In a bid to save time, I resorted to an ‘archaic’ method; dump the bowl in warm water, so most of it will defrost before I could effectively warm it. I had so much confidence in this method that I left to attend to other stuff. Expecting my plan to have worked by the time I got back, imagine my surprise when I realized that instead of the warm water affecting the temperature of the bowl, the warm water had rather become icy and the state of the food hadn’t changed much. Had I used hot water, I’m pretty sure the story would have been different. But I wanted a quick way out which rather delayed me.

As I dipped my hand in the once warm water, two words came to mind: ‘lukewarm’ and ‘impact’. As I played around with these two words, a simple but profound question popped into my head. “What if I were placed somewhere to make an impact, but rather ended up getting influenced?” And it’s a question I would like to throw to you today.

Sometimes it’s quite easy to forget our identities due to the pressures of life, and of course ever-changing circumstances. Imagine you had been sent to stay with a group of people for some time, to show them the dangers of some of their habits; but instead after spending a short time with them, you find yourself engaged in the same habits you had been sent to change. It’s all about influence….and influence is a powerful thing.

In living impactful lives, there is a conscious decision we need to take, that we will stick to our ideals no matter what. This means we need to take a firm stance as well. Simply put, we are either this, or that, and can never effectively be both. Like one songwriter puts it: “You’ve got to be black or white, no shades of grey!”

Where do you find yourself now? Believe it or not, you are there to make a change and be an influencer….not to be influenced. There will be times where we may even lose sight of our purpose, but when we totally trust in God, He always finds a way of bringing us back.

Will you be able to stand by your ideals even in the face of the toughest situation?

Are you firm in your stance or sitting comfortably on the fence?

Granted, my food didn’t defrost fast enough, but it at least taught me one powerful lesson “Don’t allow the tough situations to change who you are. Get better, stand firm, and make an impact.”