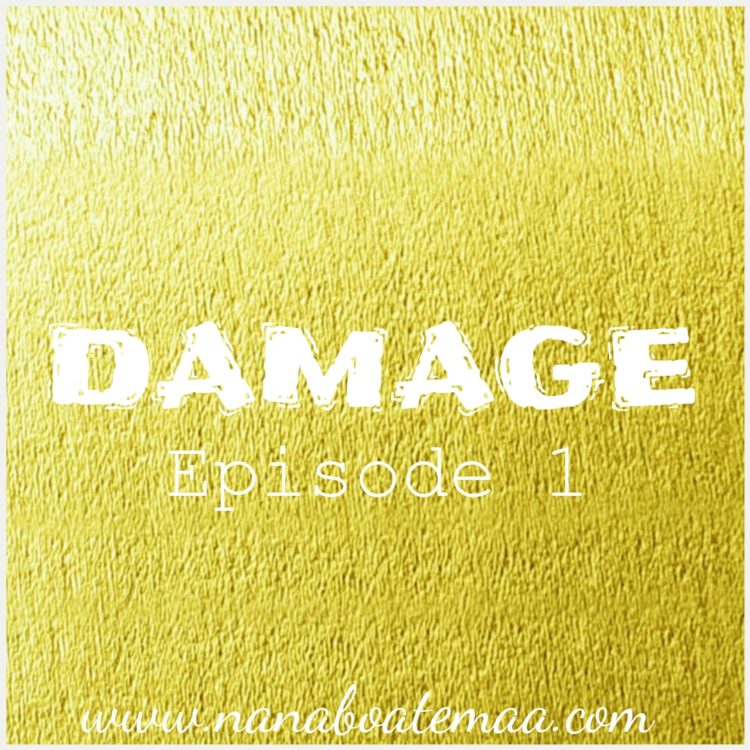 Hi! I know it’s been a while since you heard from nanaboatemaa.com, but here we are again with a brand new series DAMAGE.

What are our priorities as Ghanaians? In fulfilling those priorities, do we think of the effect our actions could have on posterity and our environment? Ultimately, will our reputations be damaged? Hopefully by the end of this series, some of these questions will be answered. In the meantime, meet the characters:

I hope you get acquainted with them along the way! And now, Episode 1:

Asare Darko hung up the phone and turned up the volume of his TV. Joe Jenkins, popularly known as JJ was being interviewed on the agenda and impact of his company, Tunnel Mining Corp. Asare was particularly interested in the topic they were discussing now…how Ghana was going to benefit from Tunnel’s activities. Before he could catch Joe’s answer, the phone rang again…

Marge Asante tapped on her notepad with her pen as she scrutinized the white man being interviewed. Something was not quite right about this JJ man. He wasn’t making eye contact with the one interviewing him, and Marge was tempted to wonder what the company was really up to. She had gotten off the phone with the Minister of Mines and Resources, Asare Darko, and he was a bit guarded in his opinion of the JJ guy. Marge felt her investigative sensor tingling within her.

“I may just be sitting on a goldmine here…” she quipped…

Sheila Glover dumped a huge stack of documents on her boss, Papa Yaw Wiredu’s desk. She didn’t know much about Tunnel Mining Corp, but she had heard they needed national service personnel and also heard that the pay was exceptionally good. Right now, that’s what mattered to her the most; perhaps she could even land a permanent job here. She was tired of hustling.

“This could be my big break” she said to herself, excited.

She glanced quickly at her reflection in the glass window, smoothened her hard earned weave and sat at her desk…

JJ looked at the menu, then at his watch.

“These people are expensive!” he muttered, irritated.

He was meeting with a longtime friend of his, Bo Chang, and this guy was late as usual. He had come to Ghana and wanted to hold some ‘business talks’ with JJ. A new Chinese restaurant had opened nearby, and they decided to use it as an opportunity to try it out.

Business…JJ had heard that it was easy to start a business in Ghana but he did not know it would be that easy. All it took him was to hand over a big bag of money to a ‘big man up there’ and he had in no time received a license to operate. He chuckled to himself before Bo announced his presence with his thick Chinese accent: “And what is he laughing about?”

DAMAGE can only be a hit if we do it together… please share and don’t hesitate to give me feedback as well. I hope you’re as excited about this new series as I am! Catch you next week God willing. Till then, could what you’re involved in today damage your reputation tomorrow?