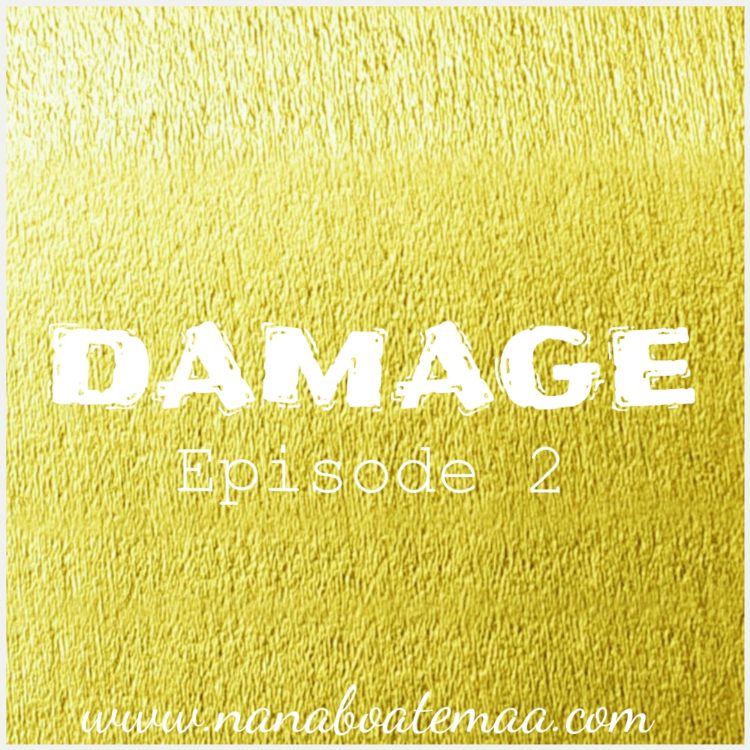 So soon Episode 2 is finally here! We got introduced to the characters, especially Asare Darko, Marge Asante, Sheila Glover, JJ and Bo Chang last week, but in case you’ve forgotten who they are:

DAMAGE is not just about having a good reputation, but also maintaining integrity whilst building a name. As the weeks go by, I hope you get deeper into the story and even go further to relate! You can refresh your memory on Episode 1 before going on to today’s episode, EPISODE 2.

Papa Yaw eyed Sheila as he stepped out of his office. He was exhausted; Tunnel’s CEO JJ had gone on an intensive publicity campaign for the company and had left half of the work in Papa Yaw’s hands. Not that he was complaining, but he was getting tired of the constant plastic smiles and sugar-coated words he had to come up with on a regular basis. This wasn’t what he had bargained for when applying for the Business Development Head position. The prestige was great, but he admitted that he hadn’t done due diligence on the company. What could they be hiding anyway?

“What’s his problem anyway?” Sheila mumbled to herself, staring at the back of Papa Yaw’s head as he passed by. He seemed to have two different personalities…Almost always grumpy in person, but smiling when the cameras were on him. She had almost quit in the third week of the job, but had remembered her father’s advice to ‘Never take the easy way out’.

“I’ll do you proud Paa”, she whispered as a brief sense of loss flashed across her heart in remembrance of her dad who passed away some years ago…

“And how is the equipment maintenance going?” Asare asked one of the personnel, on another tour of one of the mines that had been placed under his care.

“S—sma—ll Small S-S-Sa”, the caretaker stammered, with a toothy grin.

“Good work”, Asare responded with a slight nod as he got into his car to head towards the next site. The road was quite rough but he trusted his skilled driver of eight years, Afranie. The ride eventually kicked up a cloud of dust behind the car, but Asare still made out the distinct face and voice of a woman who lived in the area, as she asked “Is this what you people promised us?”

Feeling uncomfortable, Asare loosened his tie and shifted his eyes from the woman’s piercing gaze. He rolled the window up, but still felt the woman’s scorching gaze….

Nana Adjayi Adomorobe IV retired to his chamber and sat with his wife. He had just received a courtesy call from Asare, the Minister of Mines and Resources, and they had renewed their pact to make maintenance of the water bodies and trees in the township a topmost priority. Of late however, a white man, or ‘oburoni’ as his town people described him, kept paying visits to the palace, requesting to see the chief. Adjayi had declined because he hadn’t heard any good reports about some of the foreigners.

“Just give him audience next time, Nana…” His wife broke his chain of thought…

All too soon, I have to end here…but next week will be here before we know it!

In the meantime, what aspects of your life have you caused damage to, and what can you do to fix it?

See you next week!