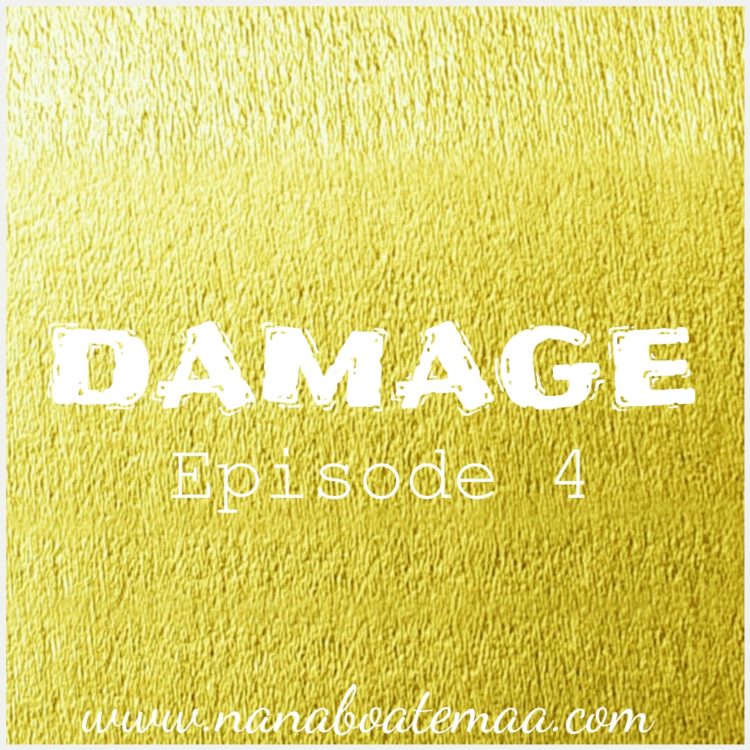 Another week, another episode! Last week, there was fire on the Tunnel Corp. mountain at Nsunye and investigative journalist Marge Asante has landed a job at Tunnel as well. Need a reminder? Here’s Episode 3. Here’s a brief reminder of the characters:

Nana Adjayi dismissed his ‘okyeame’, asking for some time to think. He could hear the commotion outside; the people of Nsunye were becoming more vocal in their disapproval towards the new mining company that had started operation, and the recent site accident had not helped matters. He needed to think of a way to appease the people, and quickly. He had decided to take a gamble and trust that JJ and Chang duo, but he was beginning to regret it. His own town was crumbling before his eyes…

Asare turned off his TV, doing his best to suppress his anger. Who was this JJ guy anyway and how had he gotten so much access to the Nsunye mining site? Every channel he had tuned in to was talking about the mining accident, and his office phone had been ringing incessantly, no doubt from journalists. His personal phone rang, and after a few words, he knew he had to pay the Nsunye chief a visit….

It had been three months already and Marge didn’t really have much evidence to work with. Along the way, she had struck a friendship with the National service lady, Sheila, and had discovered that she had been through a lot. Quite observant like herself, she always told Marge when she felt something was wrong, and today was one of these days. The Business Development Manager, Papa Yaw was in a foul mood, occupied with doing some damage control after an accident had taken place at Tunnel’s Nsunye site. There was obvious tension in the office and everyone was quieter than usual.

“Marge? What are you thinking about?” Sheila interrupted her thoughts.

“Oh nothing, just reflecting. I’ll be back”, she replied, heading towards JJ’s office…

Papa Yaw hadn’t slept for days. He had been called to the Ghana Council of Mineral sites, to offer an explanation as to what had happened at the Nsunye site. There could even be a possible court case, as more residents in different towns were also beginning to speak up. What was worse was the extra publicity damage that social media was causing. The media had jumped on to the incident and were already creating hashtags that were spreading like wildfire. He was in hot soup here and had to think fast. Lost in thought, he didn’t see Marge coming, till they collided.

“Watch your….” he stopped, midsentence. There was something striking about her eyes. So striking that he didn’t realize when she quickly snatched some pieces of paper from his folder that had fallen, as she sweetly apologized and continued to JJ’s office….

Catch you next week, God willing!

In the meantime, Wordsmith Conference will be coming your way soon! Stay posted via this website as well as my social media accounts,

Let’s do this together!