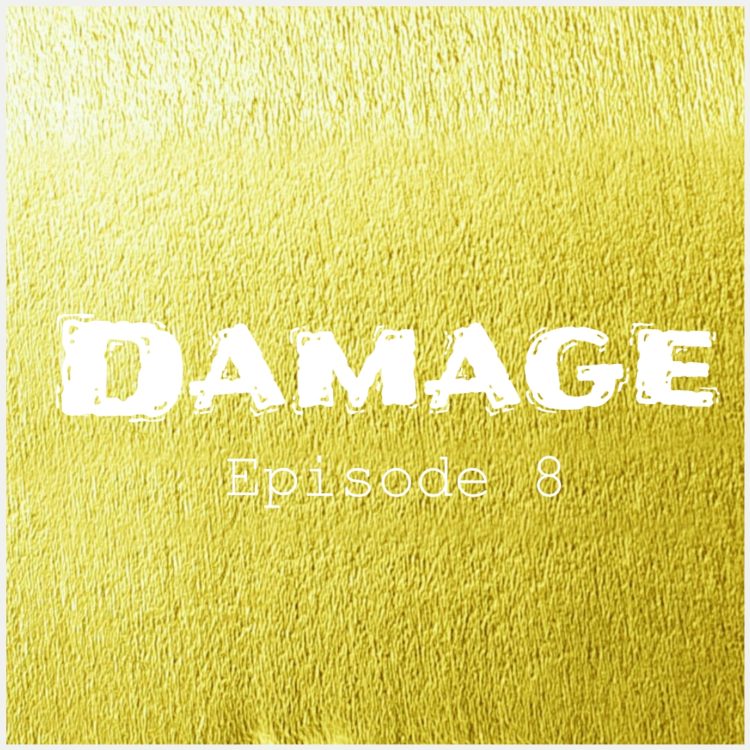 It’s week 8 already and tensions are escalating in DAMAGE. What are Marge and P.Y. going to find out from their visit to Nana Adjayi? Let’s find out on today’s episode, but before that, why don’t you refresh your memory with Episode 7? By now I’m sure you’re acquainted with the characters, but just in case you stilllll don’t, here they are:

“Look at the place P. Y. I can barely recognize the water.”

“Let me ask someone if they can direct us to the chief’s palace”, Marge continued.

After having a brief conversation with a man who had obviously been mining, P.Y. and Marge headed towards Nana Adjayi’s palace. He had some explaining to do.

“Guys, I think there’s some trouble. Some people came around asking for the chief. We’ve not seen them here before”, the one who had directed Marge and P.Y. narrated to his colleagues. There was some obvious tension in the air as most of them had not been paid and the expatriates among them had entered the country with illegal passports. They knew if their boss went down, they would be going down with him.

“Why should we? What has he done for us?”

An argument broke out, as some were against telling JJ what had just happened.

Asare gazed  out his window on his drive back from Nsunye. He had not met with just the chief, but Marge Asante and her partner who had introduced himself as just P. Y. (but he looked oddly familiar). The two looked good together, but that was his back case right now. The mining craze was becoming a headache and the worse it got, the slimmer his chances of running for president someday. Nana Adjayi had come clean; after accepting JJ’s offer he had found out that Tunnel Corp. was not a legitimate company. They did not have the necessary documents and had plans to just get as much gold as they could within four years and then fold up with an excuse. They had gone further to traffic minors into the country to work on the sites. Adjayi confessed to keeping quiet about it because it was too messy and he did not want to risk his life…but in doing so, his town had been damaged…

P. Y. felt sick to the stomach. The good job he had landed was actually a fraudulent business. No wonder it paid so well. He thought about Marge’s friend, Sheila, briefly, feeling sorry for her when he realized how devastated she was going to be when she heard the news. JJ had apparently made his money by silencing chiefs all over the country, so he could go ahead to do his ‘businesses’. The fear had been very evident in Adjayi’s eyes as he narrated his story. Marge knew that feeling…when you were afraid for your life because you wanted to do the right thing.

“We have to speak to the Police”, Marge broke his train of thought.

“And who said they are not in on it?” P.Y. said, very bitter. “I heard a story where some people went to expose a brothel to the Police, only to find out it was owned by a police man. The case was made a ‘foolish’ case.

“You can’t trust anyone these days. Unless you have a police friend you usually call in cases like this. Do you?” P.Y. sounded very agitated.

Marge felt really bad for him. His stable world had just been shaken. Placing her hand on his arm, she responded “As a matter of fact, I do. And he owes me one.”

Softening a bit, P.Y. contemplated “Maybe we should wait a bit and see”

See you next week!