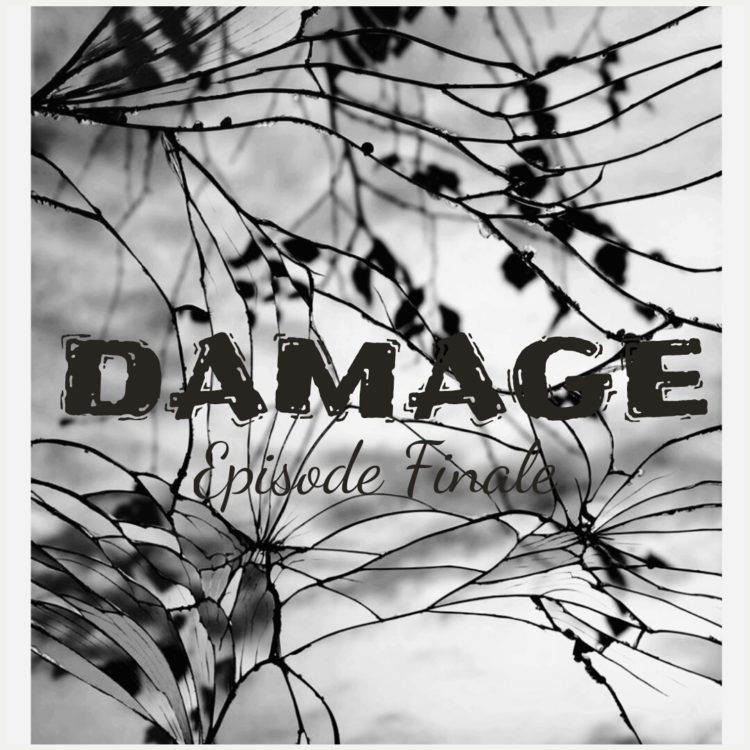 Tensions are escalating, and we can’t help but wonder what’s going to happen to our DAMAGE characters. Today, DAMAGE comes to an end with a double episode. Enjoy!

Asare quickly jumped out of bed to answer his phone. This was the call he had been waiting for; or at least one of the calls. He still hadn’t heard from the IGP, but he and P.Y. had virtually taken matters into their own hands, and Asare was waiting for feedback from him.

“Tell me something good” he greeted P.Y.

“It was a struggle, but I’ve finally been able to access JJ’s e-mail. A travel log has been sent to his mail, and he is scheduled to leave Accra next week Friday due to a cancelled flight.”

“Friday. That’s at least a week. I’ll talk to the Police.”

“Be careful who you talk to. Not all police are trustworthy you know.”

“By the way, you do know JJ will realize someone has read his mails right?”

“That’s a risk we should be willing to take Papa”

“Yes Boss. Let me know if anything.”

P.Y. had really grown attached to Marge and had finally found out who she really was. She was an investigative reporter, and it turned out she used contact lenses and weaves a lot so people won’t easily recognize her.

“My actual eyes aren’t that bad you know” Marge had responded with a grin.

“And your hair, how do you keep up? Because I know ladies invest quite a lot in fake hair, which I don’t see the point of anyway” P.Y. had said, shaking his head.

Marge had laughed in response. “Don’t worry about me. It comes with the job.”

“I should be mad at you for lying to me, but I’ll let it slide.”

“You know you can’t stay angry with me for long P.Y.” Marge winked, trying to pull an innocent look.

P.Y. just shook his head and smiled. “Let’s get down to business. I think we may just be on the verge of catching JJ.”

“You guys seem so focused on JJ. What about his Chinese partner?”

“Unfortunately he left the country a few days before JJ tried to and I think it will be really difficult to get him now. As it is, our country is already struggling with unfinished cases. I don’t think they would make this their cup of tea.”

Marge shook her head, frowning. “That means JJ is going to bear all the trouble.”

“Serves him right too, the crook.”

“Easy. What about Sheila? What’s going to happen to her?”

“Don’t worry about that. I have many friends who can help her out.”

“You’re the best P.Y.” Marge squealed, giving him a hug.

P.Y. smiled, saying nothing in response…

JJ cursed, as he viewed a notification that another phone had accessed his mail.

“How could I have been so stupid? These people will definitely be onto me now.”

He started to pack his suitcase and contemplated whether to create a new e-mail address or just change his password. For the past few days, he had been changing hotels every night, out of fear that he would get caught. He had a nagging feeling that that was going to happen anyway, but he wanted to delay it as much as he could.

“I’ve done some bad things man”, he chided himself, running his hand through his hair.

“This is not the time to go soft” he rebuked himself, packed quickly and went out into the night to find another hotel.

Sheila had been home for a few days now, and she hated the idleness that came with it. She had started contemplating whether to study another course or start a business of her own. Her decision to invest her money some time back had started to pay off but she wasn’t sure whether to start spending some of it so soon.

She had missed Marge and P.Y., the only close friends she had made in a while. She heard from them quite often but she knew their main headache now was how to get JJ in police custody.

“Hello, is this Sheila Glover?”

“In other news, former head of now defunct company, Joe Jenkins, was arrested last night in what has proven to be a difficult case. The arrest was made possible after a tip-off from an unknown source in the hotel Mr. Jenkins, popularly known as JJ, was staying for the night. In what promises to be a long court case, this will set a precedent for future cases involving foreigners who violate the country’s labor laws. We will keep you posted….”

Asare turned off his TV, satisfied. Finally he could get a full night’s sleep. He had given the IGP no peace until the IGP made the case his top priority. They were lucky to have caught JJ, as it was just the night to his flight the next day. This had been a difficult situation, but Asare was thankful that it had ended well.

The President had called him earlier on in the day to congratulate him for his hard work. “You can be sure you won’t be touched in the upcoming reshuffle” the President had joked.

Relieved, Asare had only responded with “Thank you Sir…it’s all for God and country.”

Asare turned over and slept. Now he could dream of campaigning for president someday….

That call had brought color back into Sheila’s life. She had been called for employment at a budding marketing agency, and knew Marge and P.Y. had something to do with it. The job had been exciting so far and the people had been welcoming.

She was really grateful to have met those two, whom she felt may even get married soon.

“I’ll be the chief bridesmaid oo” she had teased Marge earlier, to which Marge had pretended not to hear.

Sheila had written down a business plan for a weave business she had decided to do on the side. She was going to find a way of buying the hair, shaping it to suit different clients, and then deliver it to their doorstep. Hopefully over time, she could expand into other ventures. For now, she had some office work to do.

“Told you I’d do you proud Pa” she whispered to herself, smiling.

Marge had gone back to her investigative agency but had been contemplating of late whether to continue or venture into something else.

“Don’t even think of that” P.Y. had chided her. “You’re obviously cut out for the job. If you want to do something on the side, fine, but Ghana needs fine reporters like you.”

Marge beamed at Papa Yaw’s compliment. Earlier on, they had talked about how they actually felt about each other. Both on the same page, they had agreed to take things slow before considering marriage.

“I’m sure you’re the one for me though” P.Y. had winked, making Marge laugh.

“You and your vibes” she had responded.

She smiled as she looked at a hanging in her sitting room which said “The Lord Makes All Things Beautiful in His Time.”

The park was filled with bright colors as people gathered in anticipation to listen to the President’s speech. It was an occasional thing he did to inspire Ghanaians to be patriotic. After some silence, he began:

“It always feels good to be Ghanaian. We have been associated with many things, including hospitability, friendliness, and unity among others. We do not need to wait till a special day to celebrate who we are as a people. The time has come for us to stand up for what is right and be the change we want to see. I know in recent times, stories of how we have allowed our environment to be damaged as well as how we do not hesitate to trade our heritage for material things as Ghanaians have been rampant in the news. But there is no need to fear. We have done enough DAMAGE to our society, and the time to build our nation is now! Thank you and here’s to better days for Ghana!”

It’s been fun going on this journey of DAMAGE with you. Thank you and here’s to better days (and stories) ahead!