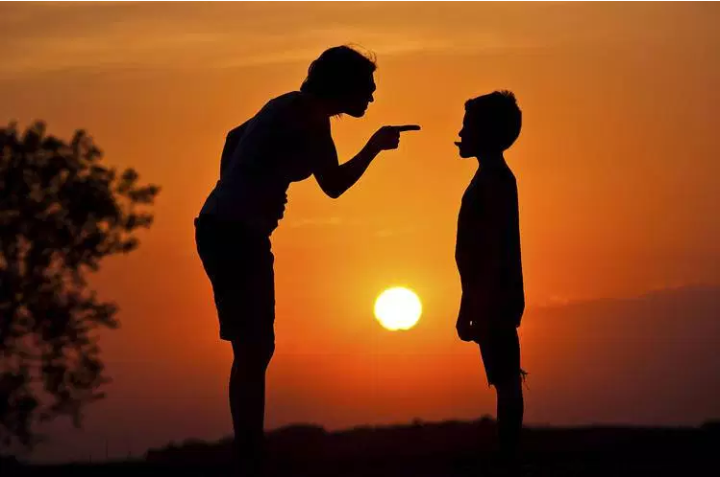 When I read this piece, I was literally bursting at the seams with excitement! 🙂 My cousin, Michelle Irene Adobea Asiedu, actually wrote this! I was even more excited when I realized she has a website (a simple, realistic site that’s so easy on the eyes). I couldn’t help sharing this with you. Whether we’re already parents or soon-to-be or aspiring, I think this is a must read for everyone.
P.S. You can read more of her articles on https://foietfeu.wordpress.com/ You’ll thank me later 😉 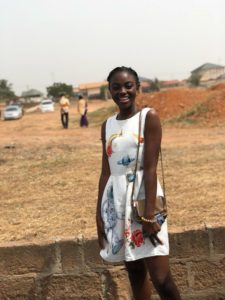 I was informed over the weekend that my junior had been slapped, hit and yanked by her hair (not in that order) by her father in public, during a school bazaar. The junior is an 11-year-old West African. I was incredibly concerned, so when she returned to the boarding house this morning, I pulled her aside after breakfast to ask her what had happened to cause the public disciplinary actions, and when she teared up and took a long time to start talking, I was actually taken aback. Here’s why: I did not particularly expect her to be traumatized, because being disciplined in public is a regular occurrence in this country.

She proceeded to tell me that she had stolen her roommate’s bra (the story keeps getting more interesting, right?). The young lady was maturing faster than “normal”, so she had breasts, something most girls of that age are now about to grow. Her parents refuse to buy her a bra because she was “too young”. But she needs it, or so she thinks. As the bazaar was on Friday, she stole the bra a week before that, kept it, and then wore it to the bazaar. According to the one who reported this incident to me, as soon as she took off her hoodie at the event, her father had a fit and slapped, hit and yanked her by her hair. He also told her, as I later found out, that if she felt that she had enough breasts to be wearing a bra, she should run on the treadmill for an hour every day to take the breasts away.

I do not necessarily completely disagree with the parenting methods of Africans, because I grew up in an African household. But my parents are not typical African parents. Of course, they disciplined me. My father kept a long thumbnail to pinch me when I was wrong, and my mother still does not hesitate to shout a lecture at me. However, my mother has only hit me twice in my entire life, my father has never laid a hand on me, and aside from some one or two things, I can tell them everything – including about romantic relationships. I am grateful for everything they did to make me who I am today, respectful and as some would put it, “straight”. So, I do not dislike the fact that I had to learn to scrub bathrooms, cook, pick up dog faeces, wash dishes and clothes…no no. It is basic training, I appreciate some aspects of the discipline of African parents.

I do disagree 100%, though, with the sort of discipline that allows you to hit your child for that reason. You do not hit your child, especially in public. Even if you are hitting your child, please be kind. Please do not let your anger get the best of you. You may not be ready to see your child maturing, but whether you like it or not they will, and it would be nice if you could facilitate that growth.

And you can do so much more than just that: please raise your sons the same way you raise your daughters. Do not raise them to think that women are their property to acquire, to cook for them and treat them as though they are kids. Raise them to know how to live as though they were single. And remember that they are learning from you. Do as you want them to do. This little girl has an older brother who will probably raise his daughter the same way his little sister is being raised – which, I guess, is the father’s goal, so good for him. My big brother had to quickly learn how to cook basics before he went to college, because when it was time to eat at home, it’s the girls who were called to make food for him. I spoke to my mother about this, and during the summer, she managed to change tactics, something I doubt typical African parents would do.

I occasionally struggle a bit before being allowed to go out. It’s not just me: my mcm, my cousins, several friends of mine. A lot of us had our phones checked when we were younger. Clothes of girls are closely monitored. Yet, the kids of pastors are usually the most terrible. One of my cousins is in university and is constantly ranting to me about the fact that his father is still restricting his going out and coming in. I have told my father to get ready, because after I graduate, he has to hand me the same liberty he handed to my big brother. The world is a mean place, but if we do not experience it, when you are not around, we cannot live in it. And the stories you have about your youth? You would not have them if you had not been able to have your fun. Please relax, we’re going to be just fine by God’s grace.

Not all of us are tailored to be doctors, lawyers or engineers. There are thousands of jobs in the world we can excel at, and you need to give us that opportunity. My dad told me that when I was younger, I told him I wanted to be a hairdresser, and although he was not entirely on board with that decision, he completely supported me. I eventually changed my career choice several times, but he and my mother never wavered. Once we are good at what we do, and we love doing what we do, we’ll be just fine.

Lastly, the young lady’s father has agreed to buying her a bra, and I am sure he’s regretful for his actions. I do not think he apologized. Please learn to apologize. And I do not understand being a parent, but I think I can imagine how it is – to have an entire life to be responsible for. You have to make sure you are not raising a murderer or a rapist, a child who abides with the law but knows when to stand up for themselves, a respectful member of society. Now, you have to compete with many more forces of darkness: the world is a global village, and anything is accessible. You do not know everyone your child is communicating with, you do not know what your child is watching, and to come closer to finding out what is happening with your child, you have to be taught technological tricks. At the same time as you are a parent, you have to be a friend. Plus funding the child’s endeavours and upkeep. It is not easy, mistakes are made, and you will never master it, because the game keeps changing. But it is going to be just fine. Amen.