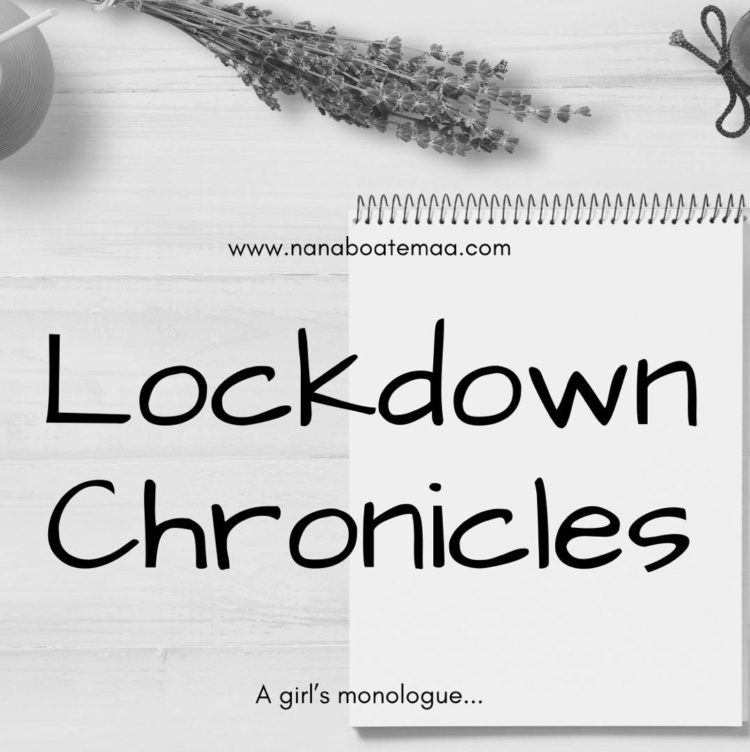 Someway, somehow, your prayers worked and I finally got some rice! 😀 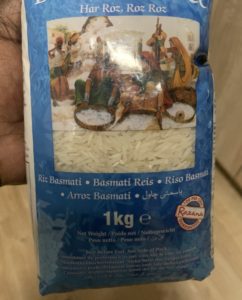 I’ll be concluding my lockdown experience with this episode, but who says the lockdown chronicles have to end? I’d love to hear about your own experiences and will be glad to share them here as well. (Feel free to share your experience in the comment section or via my email, nbablessed@gmail.com).

It felt good to wake up whenever I wanted. No alarm clock, just the sunrise to tell me it’s time to get out of bed. I turned and looked at my clock. 11am already?! By the time I had finished doing whatever I had planned to do, the day was almost over.

With the daylight savings time back to normal, time seemed to be flying even faster than usual and I wasn’t achieving as much as I had hoped to. My bed was always staring at me… I knew I was going to need some extra discipline if I was going to achieve anything since it was much easier to procrastinate now. I had assignments but also felt there was a lot of time on my hands.

In between browsing on my phone (I had even more reason to “give people case” if they took hours to reply my texts…we were all indoors now; it was time to see who was important to who!) and watching episode after episode of (guess what series 😉 ) I was not making good use of my time.

The social media updates too were rather alarming, and seeing how things were going in Ghana made me panic even more. I knew it was time to improve on my prayer life and personal relationship with God.

I also decided to take some online courses and learn more about content creation. Despite the difficulties, there could actually be a silver lining in this lockdown cloud. I had to come out better….

**********
The panic was growing; initially I was calm but it was beginning to get to me. Some of my schoolmates were heading back home. I was so confused…do I go back home because I wasn’t sure whether it was going to get worse, or just stay and finish what I started?

What if out of the excitement of going back home I became distracted and then didn’t do as well as I am hoping to when the school year ends? But then again what if I got trapped here and the borders were closed longer than anticipated? Well there was also a possibility that I could get infected if I got to the airport or sat on the plane. What if the virus ended sooner than anticipated and I had to come back? It took me a few days to settle on the answers to all my questions, but by then it was too late anyway; the borders had been closed…

The cases in my country Ghana were just increasing. I must confess, I initially took it for granted. At first I even thought as Africans we probably had a stronger immune system; we had survived worse so this shouldn’t be a problem. But we were really wrong. Every time I saw the colorful background with a white figure in the middle on people’s WhatsApp statuses, I knew the numbers had increased. We had taken it for granted and it was gaining ground.

People had started calling for a lockdown, and others, seeing the opportunity had started to increase prices so they could make more profit. I wasn’t there physically but could feel the panic from here. The reality hit home…nowhere was safe from the virus, but our response will make all the difference.

A partial lockdown was finally announced, and seeing some videos of people rushing to the market to stock up reminded me of my own rice episode. In an attempt to prepare for the lockdown, people had forgotten one of the most basic rules against the virus….social distancing. Hopefully, the measures put in place will be effective enough to curb the spread of the virus…if we’d all adhere to them.

I had done the part of my assignment I had set out to do during the day, feeling very accomplished. I had done my cleaning, even finished watching Skinny Girl in Transit (which was growing shorter and shorter per episode).

Bored, I picked up my phone. Who were these nice guys I was seeing on my Instagram feed? They looked scruffy one second and the next had transformed into some fine hunks! I was interested and scrolled down to see what was going on. It didn’t take me long to realize this was a whole challenge. #dontrushchallenge, they called it. Not bad…quite creative actually. But after a day or two it seemed almost everyone was doing it! Aside everyone posting “Money Heist” on their status, #dontrush had become the new craze.

The challenges had become so many :D…. #PushupChallenge, #Don’tRushChallenge #TagBeautifulPeopleChallenge #PillowChallenge  #MafeWoChallenge…..social media was buzzing! Creativity was taking over (aside those who were overdoing it 😛 )

Speaking of creativity, I turned to look at myself in the mirror…out of boredom I had taken out my blue braids and was left with my glorious natural hair. Since we were locked down, I didn’t have any hairdresser to go to. Looking at my image in the mirror I just smiled and shook my head. Maybe it was time to learn how to style my own hair the way I had seen others do it. Maybe it was time I learnt to enjoy my own company.

I was staring at my wall. There was absolutely nothing to do. I mean, I had done everything I said I was going to do, and I was simply, plain bored! Maybe this was how come people were coming up with some of the strange conspiracy theories I had heard. Some were quite believable but others were quite….what’s the word…mind-blowing!

Some people with influential platforms were rather using them as a medium to spread fear and panic when they could actually educate and encourage. So far, concentrating on the theories hadn’t done much good. If anything it was rather causing a bit of confusion and division among people.

What if we did what mattered instead? Taking care of ourselves and others, doing what we can and hoping for the best? I mean, must everyone have an opinion on the virus or speak because everyone is speaking?

Then I started to think about how others were coping and how difficult it was for people who had no place to call home. How about those who didn’t enjoy staying at home…how were they coping?

Everyone was saying stay safe indoors, but what if some people couldn’t call their home a haven? What if it was home they had been running away from all along? What if right now, someone was sitting alone, contemplating negative things or was even suicidal?

I was thankful that at least the lockdown had not taken away our ability to check on one another. No matter how monotonous the days were beginning to get, I knew that somewhere someone was probably struggling with something right now. It reminded me of the saying when someone comes to mind suddenly, check on them because you never know. I picked up my phone…

************
I missed home.
At least there I’d be self-isolating with family. I could at least have someone to ‘disturb’ and have them also pester me. I’d have someone to share the stocked-up items with.

Hmm, the stocked-up items; these things were supposed to last two months, but I was doing a good job of finishing them within weeks. If I didn’t find some more exercises to do, I won’t recognize myself in the mirror in a few months to come. With my binge-watching, before I realized the snacks I had bought to keep me company had reduced from 5 packs to 2. This lockdown was not going according to plan!

But hopefully, all this will end soon…

In the meantime despite the difficulties, we still have cause to be thankful:

1. We’ve had the chance to self-reflect.

2. We’ve realized all over again the value of family & loved ones.

3. Some of us have gained new skills or finally started that new thing we kept putting off.

4. Some of us have now managed to read a book or two (something we had not done in ages!)

5. Some businesses have found creative ways to go digital.

6. Some of us have tried amazing new recipes.

Let’s stay strong & safe, and not lose hope…this too shall pass!

P.S. Don’t forget to share some of your experiences with me as well 🙂