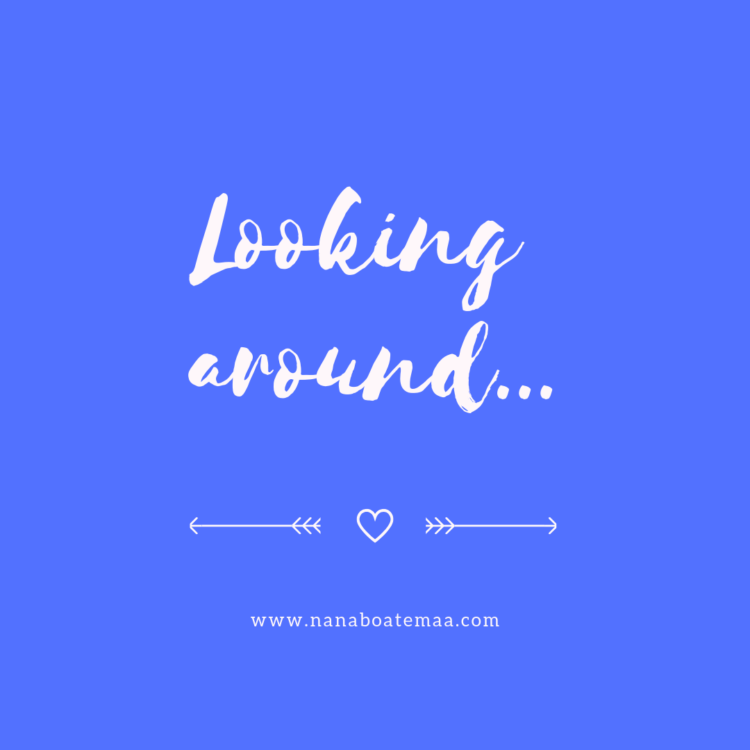 Have you ever found yourself worrying so much about tomorrow that before you realized it, you missed today? I certainly have.

One Day at a Time

Not too long ago, I adopted a mantra “One day at a time“; a few words that carry so much weight in my life. It was a principle that made life much simpler and constantly reminded me to take each day as it comes. Whenever I was tempted to worry about the future, I quickly went back to “One day at a time”.

Somehow along the way, the saying began to fade in my memory. I was becoming too busy and beginning to think things like “What if I’m not able to achieve this by tomorrow?” Before long, I was easily becoming frustrated and even irritable. The noise, the responsibilities, everything was just becoming too much. You know that feeling where you wish you could press the pause button so everything would just be quiet? Well, that’s how I felt till I realized a truth all over again: Looking around will never bring me peace….or happiness.

We’re all guilty in one way or another of looking around. Ever asked yourself stuff like:

“What will people think?”

“What if my past catches up to me?”

“What if what I want to be is not what they want for me?”

“What if I’m not good enough?”

Then you’re guilty of looking around 😉 I developed a simple definition of what looking around is: thinking so much about your past or your future that you forget to enjoy the present. I’m certainly guilty of that. I sometimes worry so much about not fulfilling my responsibilities that I end up postponing them because I’m too discouraged to actually face them.

Looking around is the kind of view that focuses on everything but your present. You want to be at a certain level by age 30, but you’re already 27 and things aren’t looking too good. Or you were a certain kind of way in your past and have received a blessing in the present but think you’re not good enough to handle that blessing because of what you did in the past. Or you’re even aspiring to start a business but feel the idea is too small or everyone is doing the same thing.

Why Shouldn’t We Look Around?

Do you know what ‘looking around’ does? It robs us of our joy and our peace of mind. Instead of savoring today and making the most of it, we relegate it to the background and allow fear, pity and regret to get the better part of us.

Imagine you were given a gift and had only one day to enjoy it. Will you set the gift on the table and look around to see who was watching you, or worry about whether you could open the gift without ruining the wrapper, or you would simply open the gift, be grateful and enjoy what you have before you?

Don’t get me wrong, it’s not bad to think about the future or plan ahead or learn from the past. But there is a difference between planning ahead and being so obsessed with the future that we come to a stand still.

“Rabby had been with Paapa for a few years now. He was a good man and more outgoing than she was. She loved the fact that they were good friends and could have conversations about different things. She once overheard a group of girls talking about how men were cheats and had nothing good to offer. Even worse, the next day she heard a radio discussion on why men cheat and how it had become a norm. Rabby panicked; what if one day, Paapa did the same to her?

Before long, she realized whenever she was sitting with Paapa, instead of enjoying his company, she was looking out for ‘potential threats’ and testing several scenarios. What if Paapa became wealthy and forgot about her? What if one day he met someone who was better looking or better than her? She eventually became distant and shut Paapa out. That way, even if he hurt her, she won’t feel a thing.

Paapa realized the change in Rabby and one day asked her what the issue was. That was when Rabby realized what she had done wrong. Instead of praying for her partner and building their relationship one day at a time, she had allowed fear of the future to rob her of an opportunity to make her relationship a different one from the statistics out there.

Resolving to focus on hers instead of worrying about others’ experiences, she apologized for her attitude and promised to work on it. It was not an easy ride, but a few years down the line as she looked into her now husband, Paapa’s eyes, she thanked God for her decision that day. She didn’t know what tomorrow held, but she was going to fight for today.”

Yours may not be a relationship; it may be work, family, your health, anything. The bottom line is looking around can throw you off balance. It can distract you and even bring you to a stand still. Did you know tomorrow is made up of a bunch of todays? Stop asking yourself “What if I fall?” and start asking yourself “But what if I could fly?” Yesterday is gone, tomorrow is not yet here, but you have today. And even if you’re having a horrible day, just know “This too shall pass”.

Today is waiting to be celebrated, to be savored by you. Want a ‘killer’ body? Start exercising today and stop worrying about how you’re ever going to get to that body type you want. Want to build a business empire? Start saving today and stop worrying about when someone is going to ‘dash’ you a huge amount of money for you to start big. Want a relationship that’s going to be a ministry unto others? Stop thinking about how people hurt you in the past and start working on yourself, your thoughts and attitude. No matter how long it takes, things will fall into place. In the meantime, quit looking around.