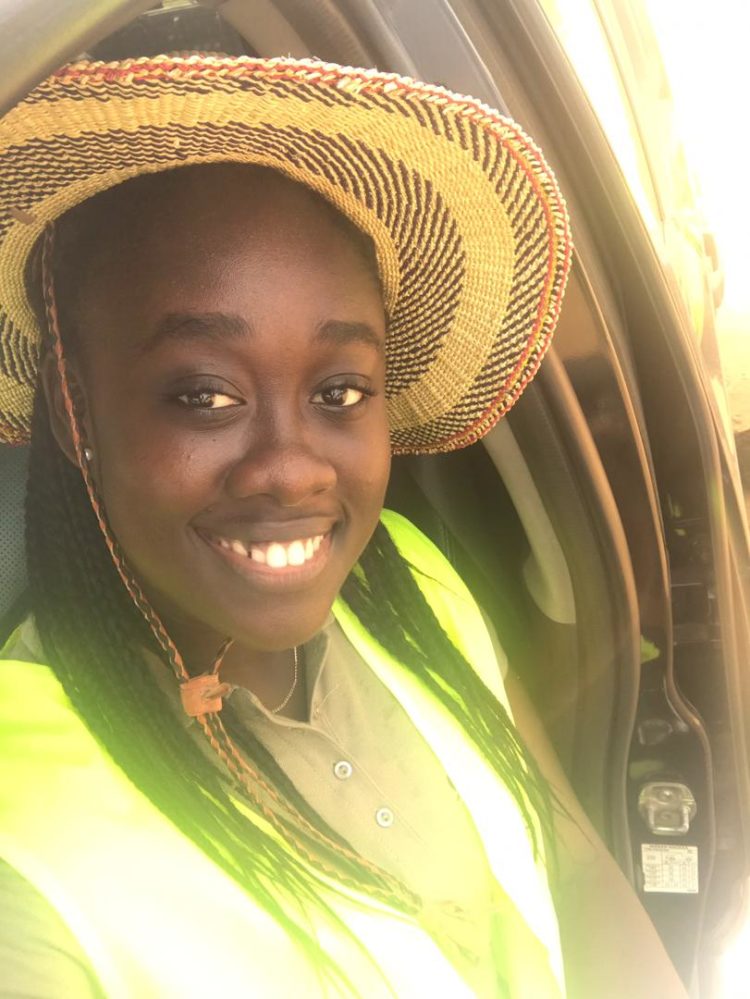 “Good morning, please we’re looking for Gorjiase“, we stopped a number of times to ask. Every time we did, whoever answered did so with either a warm smile or an enthusiastic response. We were going on a field trip for a project and I was wondering how the day would go. After quite a journey on an untarred heavily eroded road, we finally reached our destination.

I couldn’t believe my eyes; there wasn’t much around, but the people seemed so content and peaceful. When they showed us their community hospital it really hit me how we take so much for granted in our city, Accra. We almost always complain about stuff and eventually see the luxuries and blessings of life as normal.

After interacting briefly with some of the lovely people of Gorjiase, we trekked up their mountain. One of the locals had willingly volunteered to show us the way. It was quite a fun way of facing my fear of heights. In my larger-than-my-feet sneakers, I climbed up with my team. After a few steps I started panting heavily, reminding me that I really needed to up my exercise game.

Getting to the top of the mountain was quite the feeling! The view below was lovely and I kept telling myself jubilantly that I had actually made it! At a point all I wanted to do was stop and catch my breath, but I wasn’t alone and had to keep going. It in a way remind me that that’s exactly how life is. Sometimes we’re so tempted to throw in the towel and quit, but that’s when we need to press on. We never know who is encouraged by our determination.

There were several cocoa trees around, which added some coolness to the atmosphere. For a few minutes I just wanted to stand still, forget everything and just be….but of course I knew that wasn’t possible.

On our way back down, our kind tour guide stopped to ask me if I’d like some oranges from his farm. Touched at his offer, I gladly said yes. I felt such warmth in my heart as he came back with far more than I expected. There was enough to make a whole lot of orange juice and more! They sure knew how to make a visitor feel welcome. After saying a heartfelt thank you, we continued our descent.

One of my team mates asked me if I’d like to try some of the cocoa. I vehemently shook my head because I had never eaten some before and didn’t think it’ll be nice. He simply said “You haven’t tried it before so why are you saying it won’t be nice?” It hit me how I had applied that attitude to other areas of my life. We are more likely to write things and people off even before we get to know them for who they are. I decided to give the famous cocoa a try, and I loved it! Before long, I kept asking if I could have a little more. 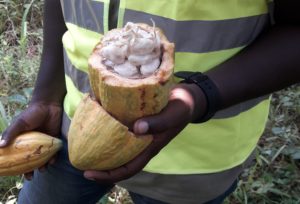 By the time we got back down, I felt refreshed. Not only had I done my exercise for December :D, I had also had an experience outside my comfort zone and gotten to meet people. Leaving Gorjiase behind, I said a silent prayer of gratitude for the little things we often take for granted. Why not take a few seconds to say thank you to God for His many mercies? It’s been quite a year!

It was a fun experience I wanted to share with my favorite group of people in the world, my readers. Have you ever had a similar experience? I’d be excited to hear from you in the comment section!

*Gorjiase – a rural town in the Eastern Region.