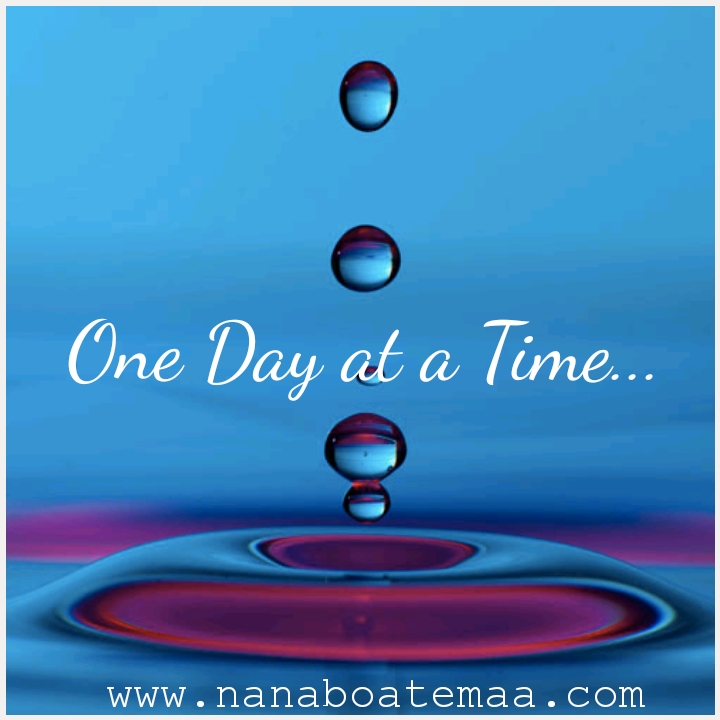 I had made a personal resolution to be more conscious of some of my habits, and this included trying to exercise on a regular basis. The first week, I was totally excited, with my determination level reaching a 110%. I was all in!

The second week came and I realized though I was still excited about my newfound goals, my zeal was ebbing. By the third week, instead of six days in a week, I was virtually doing four. One week passed without me exercising at all.

One morning, I decided to revive the habit and be as consistent as possible. The week started on a great note, and I told myself I was not going to make any excuses. I set the alarm well in time to do the full number of minutes before preparing for the rest of the day. On this day in particular, the snooze button seemed extra attractive to me and before I realized, I kept hitting it till more than fifteen minutes had passed since the time I had intended to wake up. I suddenly remembered the mental note I had given myself to remain focused no matter what. Reluctantly, I got out of bed and prepared to exercise. I didn’t do the full number of minutes, but I at least tried. Whilst trying to gather some energy, I realized one thing: It’s so easy to make resolutions yet so easy to give up on them at the same time.

How many times have we finished what we started?

Sometimes in the excitement of the moment, we set standards so high for ourselves, with the self-assurance that we will easily meet those targets. However, let’s take a few seconds and reflect on the number of times we have actually finished what we started. There are so many instances when we left things in halves. It could be a new diet, a new academic course, an exercise plan or even a promise you made to someone that you still have not kept. The good news is it’s not too late to make these halves a whole. Maybe you left something undone; it’s time to pick it up again.

Do we make decisions under pressure or out of a genuine desire to better ourselves?

Why do we really take the decisions we take? Is it because everyone else is doing it or because we realize the importance of taking those decisions? When we have the right motives, it shifts our focus to the right things, which in turn boosts our motivation to be consistent. Maybe it’s time to take a look at our motives again.

It takes one little effort at a time

There have been times I’ve been so hard on myself because I could not achieve some things I wanted to within the time frame I had set for myself. With time however, I calmed down when I realized something: Great things don’t come automatically. It is usually as the result of a combination of many little things. Two days eventually become two months, then two years, then two decades…it all starts from somewhere small. So don’t be too hard on yourself if you have not been able to achieve everything at once. As long as you are pushing, you will get there.

It’s easy to quit, but easy isn’t always the best way out

The truth is when we really want something, we will have to work for it, of course, backed by prayer. There will be times of pain and we may even want to give up along the line. But there are so many sayings that go to show that easy isn’t always the best, such as “No Pain, No Gain”, “Nothing Good Comes Easily”, etc.Simply put, there are some sacrifices you will have to make now, so you can “enjoy” later.It all comes down to a personal decision to stay focused no matter what. Consistency comes with time….one day at a time. Now is the time to labor, then you can someday look back and heave a sigh of relief that you actually did not give up when you wanted to. Like a quote I came across says, “Live a few years of your life like most people won’t, so that you can spend the rest of your life like most people can’t.”

There have been times I have silently thrown invisible daggers at the fitness instructor when watching the exercise routine videos. “This instructor is so mean”, I complain to myself in self-pity. But before he could get that chiseled body, he must have put in a lot of hard work. Here I was wishing to be in shape, but not ready to work for it.