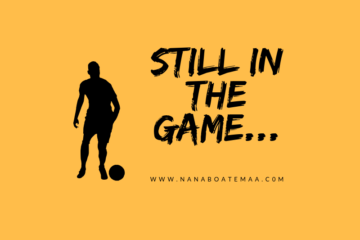 Still in the Game….

What’s all the Fuss? There seemed to be a lot of soccer buzz going on social media…I figured there was probably going to be a big match. After John Terry broke my heart on that fateful 19th May UEFA Champions League final between Chelsea and Manchester United, I had vowed […]