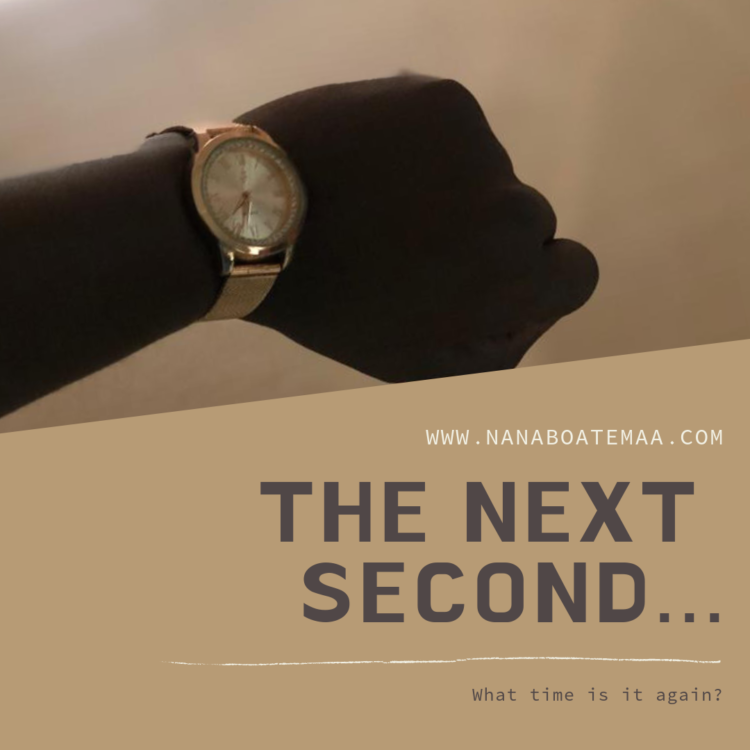 Kwansie froze as she listened to the voice on the other end of the line.

“I just had an accident Kwansie”, her brother, Boateng, repeated matter-of-factly.

Kwansie wondered why he was so calm when she couldn’t even keep a firm grip on her steering wheel…her hands were shaking.

“Ah, so where are you? What happened? Was it your fault? What time….”

“Kwansie, slow down!” Boateng interrupted. “I’m at the Appiah Highway.”

“I’ll be there soon”, Kwansie quickly said, then hung up and made a sharp U-Turn.

Her morning had been ruined.

I was scrolling through my phone and came across a friend’s WhatsApp status which read: “It always get sad when it dawns on you that tomorrow is never promised…but we tend to take moments for granted.”

Her words certainly caught my attention, as she continued: “Everything happens so quickly that we tend to ask ourselves what’s going on. We never know the next second and that is what we should refer to as FUTURE, and not the next 10 years. Live a happy life that will [leave you celebrated].”

I surely do have some wise friends! 😀

Do We Really Know?

I don’t mean to sound negative, but it really is something worth keeping at the back of our minds, that every second counts because we don’t know what the next second holds. Having this truth at the back of our minds will help us take our relationships more seriously, make us enjoy every moment we’re blessed with and keep us from leaving loose ends.

We keep saying “I’ll do this tomorrow” or “I’ll call him tomorrow” etc. but what about what we can do today? As long as there is life, yes, there is hope, but hope does not mean taking things for granted with the belief that things will fall into place. Rather, hope means giving everyday our best shot, knowing that we are working towards a better tomorrow if it should come.

I tried reflecting on what the next second could really hold and realized I had no ability whatsoever to freeze time. We certainly can’t stop time, but we can make it count. So, what will you be doing in the next second?

Kwansie got to the Appiah Highway in record time. She opened her mouth in shock when she saw how damaged Boateng’s car was. Thankfully, he wasn’t hurt and was his usual calm, good-humored self.

Giving him a big hug, Kwansie asked “How come you don’t seem worried at all?”

Boateng jokingly replied “Because it’s part of life and if I had died you’d have celebrated me over a couple of drinks.”

“Don’t talk like that!” Kwansie shrieked, pinching her brother.

As he laughed, Kwansie realized an element of truth in what Boateng had just said. It then hit her that tomorrow really never was promised and each second counts. Putting her arm around him, they walked back together towards the accident scene.

Happy Independence Day! May we make each second count as we all work towards making our beloved country better.

P. S. Shawdawd to my wise friend, Anastasia aka Queen Solomon 😀 and another wise friend of mine Mr. Danso. God bless you two beautiful souls.