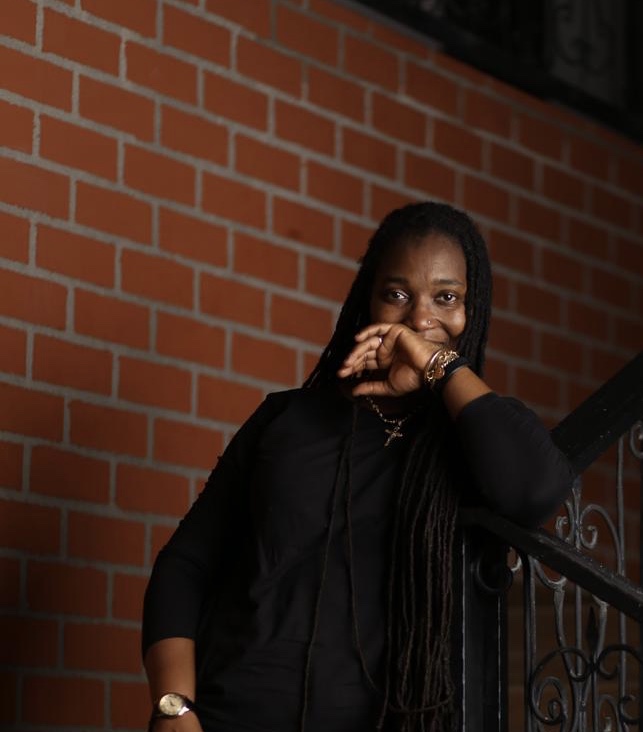 “I love your braids!”

I had been seeing her for some time at church…the calm lady with the longest dreadlocks I had seen in a very long time. She looked familiar and I later remembered I had come across her profile on LinkedIn.

One day I decided to say hi, but was not sure how to go about it. What if I came across as ‘ahoshis3’*? Or what if she was not friendly? After service one morning I just walked up to her and said “I love your braids!” I chastised myself later on for such an opening statement, but her response was a pleasant surprise. She had smiled and said “Thank you!” Getting some vim from her response I went on to ask “Is it your own hair?” “It is! I’ve kept it for years.” She then proceeded to ask me my name and where I worked. Little did I know that I was going to learn so much more from this lady, Dr. Hazel Berrard Amuah, whom I now simply call Hazel.

The first thing I learnt from her, without her knowing it, was that some people are more approachable than we think. You’ve probably been hoping to reach out to someone for some time, but are either afraid of being ignored or rejected. Well, you never know till you try!

Not your typical book Doctor.

By the way, Hazel has quite a number of tattoos and a nose piercing. Somehow I found this quite fascinating because she wasn’t your typical Dr. She is actually an HR guru who still manages to take a calm approach towards life. The typical Ghanaian would have quickly concluded by her appearance, but she is a stark reminder that often, great people come in the most unexpected packages. Dr. Amuah certainly knows her stuff! I plan to ask her more about her tattoos later 😀

A Woman with many Hats!

Dr. Amuah has a solid HR background; she has  worked with companies such as Nestle, British American Tobacco, Old Mutual Ghana and currently Guinness Ghana. She also has two PhDs, one in Business Administration and one in Organizational Leadership. I’m still trying to even get through my first Masters! For someone with that kind of clout, Hazel is probably one of the most down-to-earth people you could ever meet.

One thing I admire about her is her eagerness to share her experiences with others, especially young people. She is always on the move but still has time to share her knowledge with others through seminars, social causes and informative social media posts. I began to see her at church on a regular basis and she always made it a point to at least ask how I was doing or even offer advice which was often timely, without her knowing it.

With her strong social media following I was a bit surprised to realize that she uses her platform to talk about God’s grace and His role in how far she has come, the least chance she gets. That taught me to never downplay the role of God in my success, or take His blessings for granted. I still hope to master her kind of humility someday.

I used to wonder how she was able to balance her hectic career with her personal life. Somehow despite her busy schedule, she still makes a conscious effort to spend time with her kids, be actively involved in church and still find time to ‘chill’! Living your best life takes a conscious effort, time management and also some occasional ‘me’ time.

I remember once showing one of her pictures to my favorite, Akwasi. Hazel was clad in masquerader garb for a festival which Akwasi later told me was called Ankos. I wanted to test him so asked him to guess who was behind the mask: 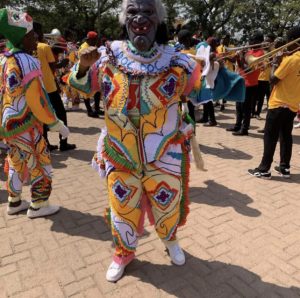 After taking ages he said he really couldn’t guess who it was. I still remember his reaction when I told him it was the calm Hazel we had been seeing at church. He couldn’t believe it and was quite surprised at how down to earth she really was. 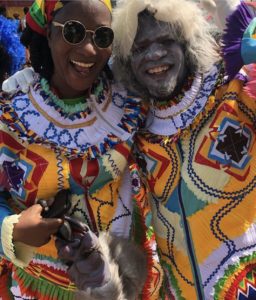 One of my greatest memories of Hazel took place on 7th December, 2019. I had woken up at dawn, nervous because I had a big day ahead of me. I had invited Hazel and wanted to find out if she would make it. She had somewhere else to be that day (to my disappointment), but what she did next is what humbled me the most. She called me very early in the morning, encouraged me and gave me some real, hard life advice.

More importantly she prayed with me…an intense, heartfelt prayer that automatically calmed me down. She did not know this, but that was one of the best gifts anyone gave me that day. After going for a close friend’s funeral which was outside Accra, she still hurried back to make it in time for my event! I could not believe it! 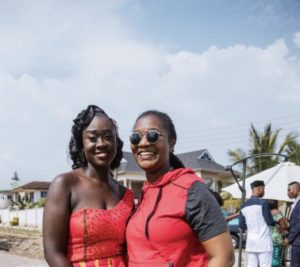 Never mind the fact that she was tired or wearing jeans and a hoodie, she just wanted to make sure she was there because she knew how much it meant to me. That encounter spoke volumes: when we are investing in others’ lives, we should go all the way. Sometimes, our time is the best gift we could ever give to anyone.

Just give me my comfy shoes!

When you see Dr. Amuah, you’ll probably look at her twice! Just give her a pair of trousers, comfy shoes and a simple top, and she is good to go. Coupled with her calm almost youthful gait and unassuming nature, you’ll actually scratch your head in disbelief if I told you half of the feats she has chalked. And that is the greatest lesson I have learnt from her: Never lose who you are, no matter how high up the ladder you go. 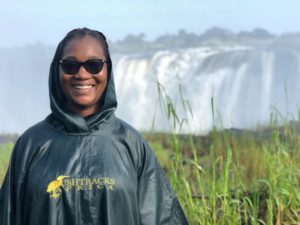 There is really no special reason for talking about this ‘Dreadlock Lady’, I just felt like sharing this with you to let you know that sometimes, God will send people our way unexpectedly in packages we did not even imagine. These gifts, as I call them, are meant to teach us, build us up and be a blessing to us to in turn position us to be a blessing to others. We always need to be ready to learn, not write people off and value the relationships God blesses us with. Also, our loudest sermons are not the ones in the pulpit, but rather from how we live our lives and how we make others feel.

If I were to sum up Hazel’s philosophy in four words, it will be: Serve God, Work hard, Love hard, Play hard.
Who has made a great impact on your life, and when was the last time you reminded them of their value to you? Take a moment to text or call them and say thank you. People are worth celebrating every day.

*ahoshish3 – Ghanaian term for being over-friendly, often for selfish reasons.